What a Day and Some Bohemian Inspiration

So today was eventful to say the least. I woke up at 7 am as per usual in a hospital, but in such a haze that I spent the entire morning eyes half closed and my speech slurring. It was like I was still asleep. Before noon I had two visitors: my psychiatrist and my psychiatric nurse. So I spent most of my time slurring about my feelings and about how my medication is affecting me, which probably did not seem very nice to either visitor. They both mentioned my sleepiness quite a few times. 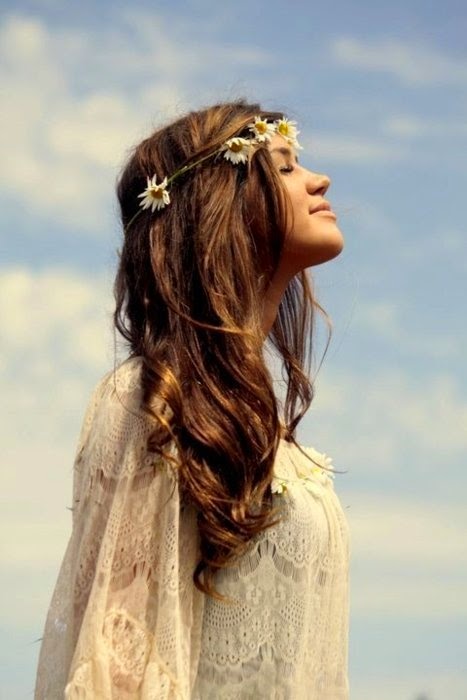 At noon, when all the doctors had come and gone (I forgot to ask about a days worth of leave from hospital just to see my dog, but I'll try and remember that tomorrow...), I decided I really needed some more sleep, so I basically passed out on my bed, whilst checking some lovely dresses on Backstreet and woke up in another daze when my photographer Jari B Miettinen came in to the room and with a loud voice said "Hello Frankie". I mean I knew he was coming, I just didn't think I'd sleep for two whole hours then. 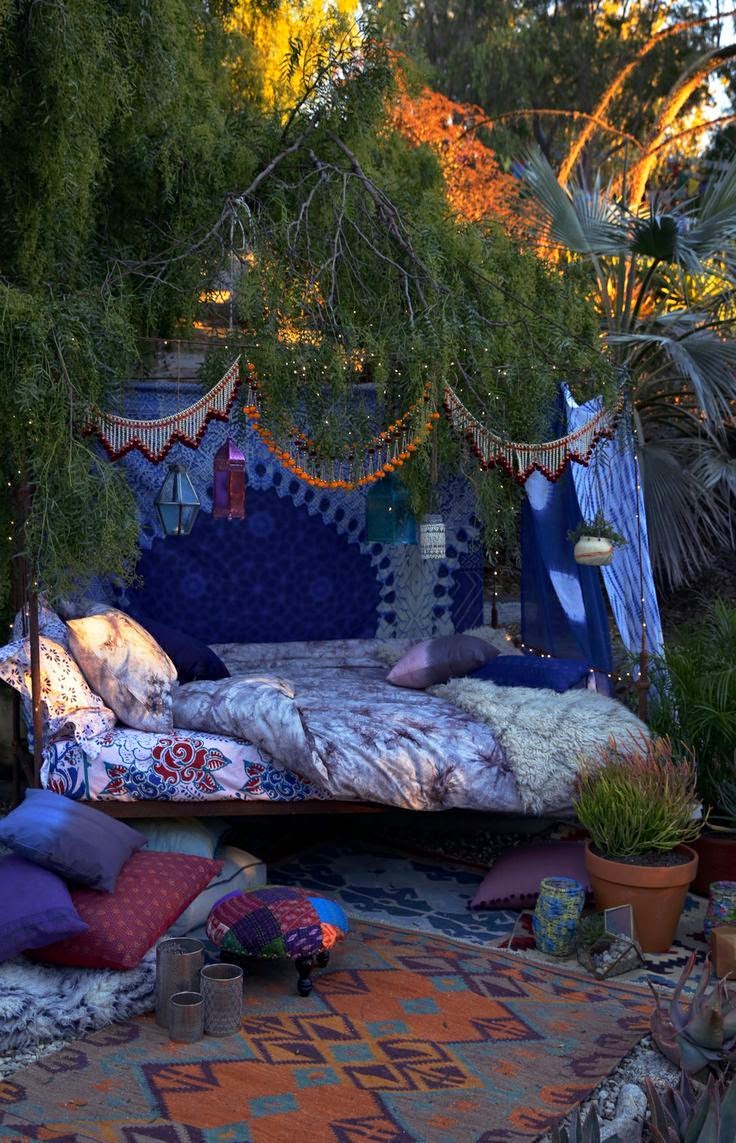 So the idea was that with Jari we'd take a good long photoshoot in the hospital, show some of the feelings that come out when staying in a hospital and such. And it was amazing, amazing I tell you, but the funniest part was that by the last set of photos, the hospital priest came in ('cause she had promised to come that day) and stayed watching us do the last set. I think she was quite intrigued by what we were doing, since the last set was quite sinister and brought up a lot of feelings in me. 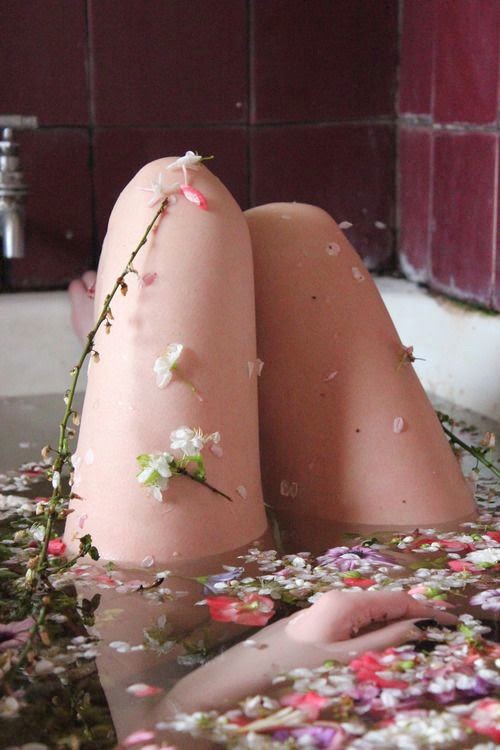 Anyway, we came up to eight different sets, which I'm going to share to you all in eight different posts, so be on the lookout for them! I seriously mean eight (8) different posts for these photos from this photoshoot, because there was just that much material to work with!
I really hope you'll like them and comment, constructive criticism is always welcome, especially with a  amateur model like me!
So good night everyone and you'll get the first set tomorrow!

It's nice sometimes to do something special  to oneself in a hospital, so I decided to put some make up one when my dear friend Lucretia came to visit me. Some of these photos are taken by her, some by myself.
The curls in my hair I got from having a french braid in my hair for the night, that's why one side is more curly than the other...what a shame. 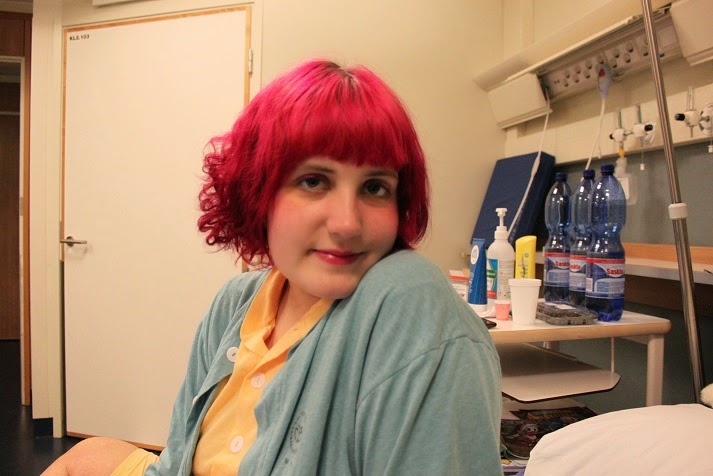 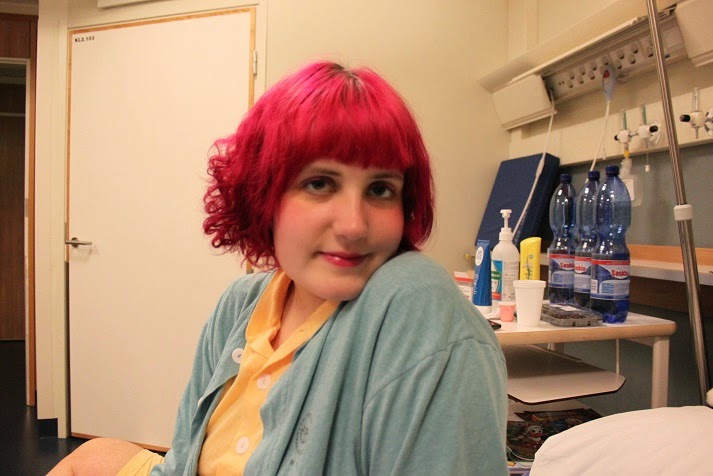 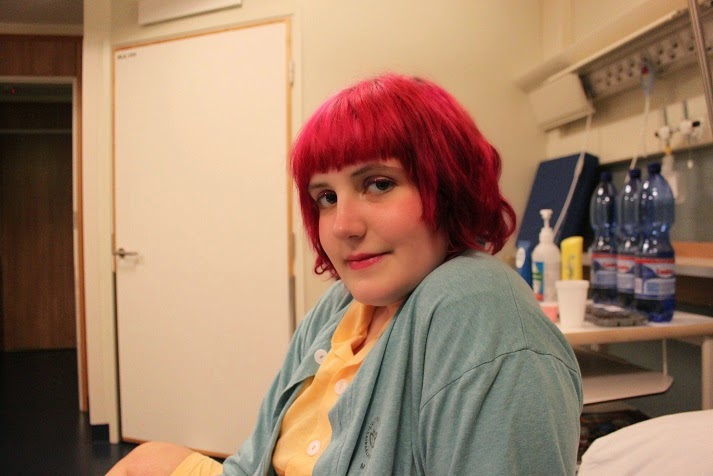 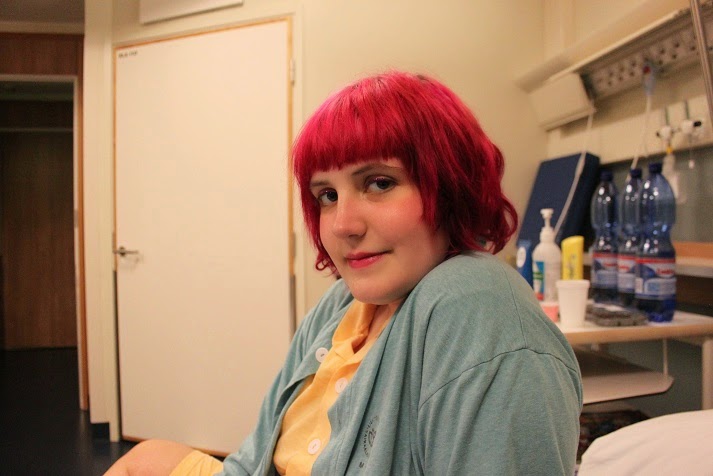 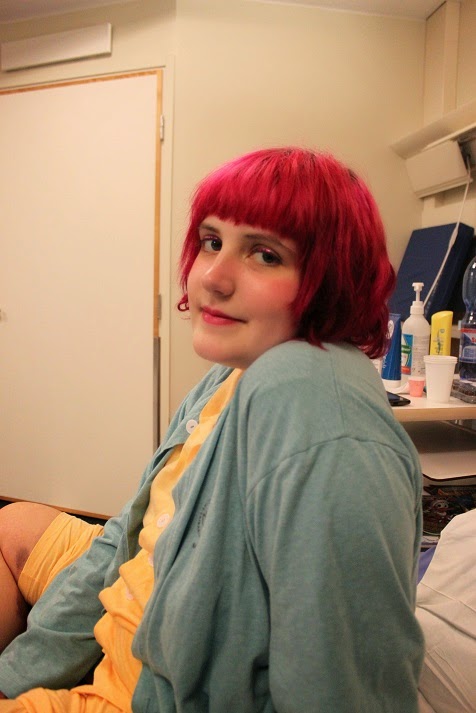 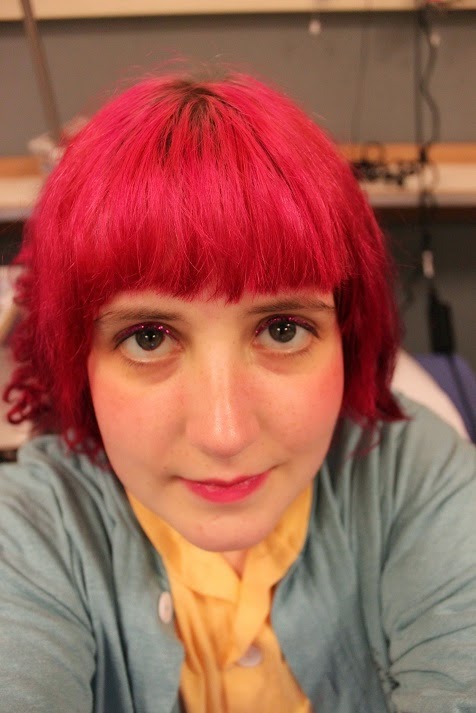 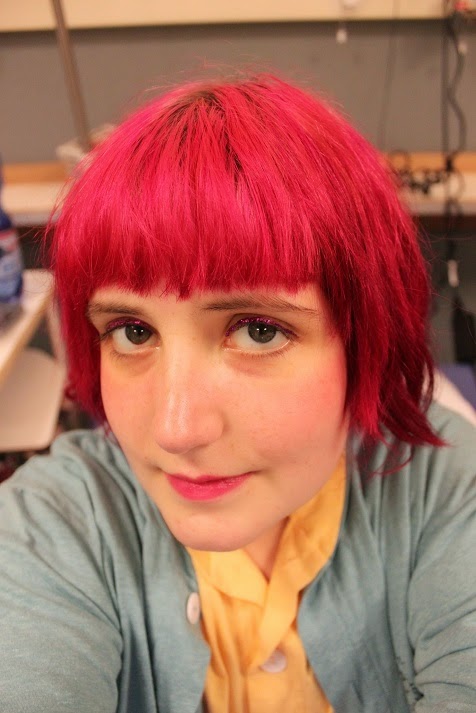 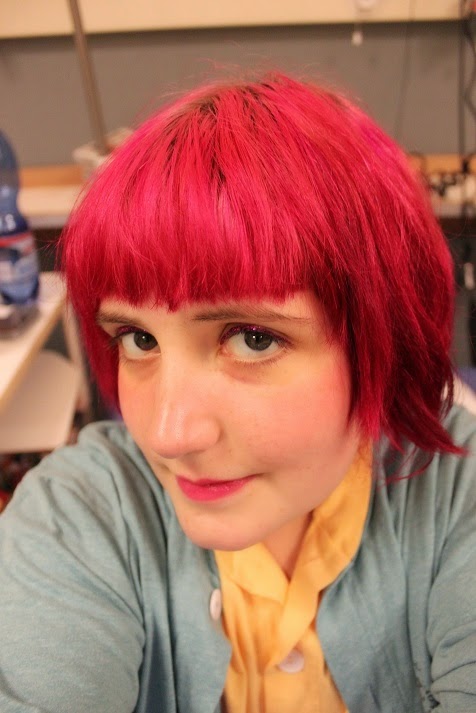 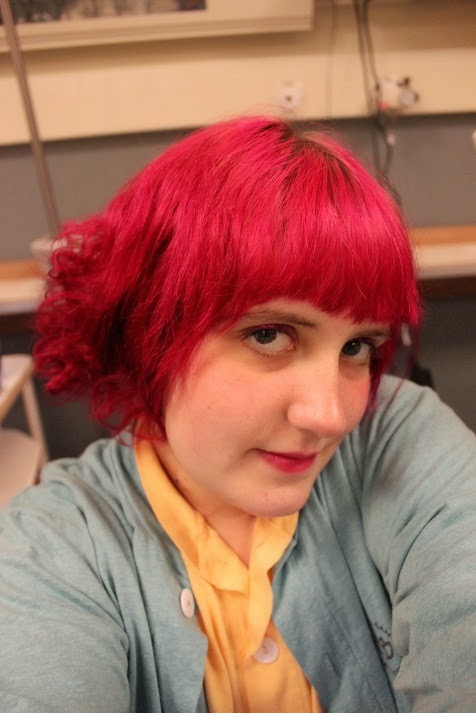