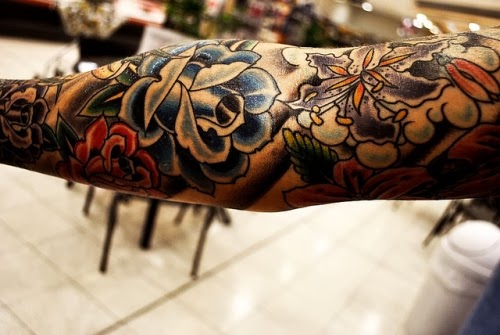 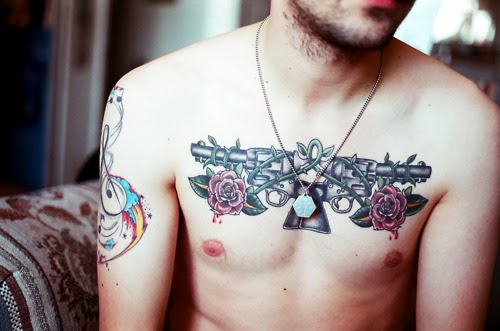 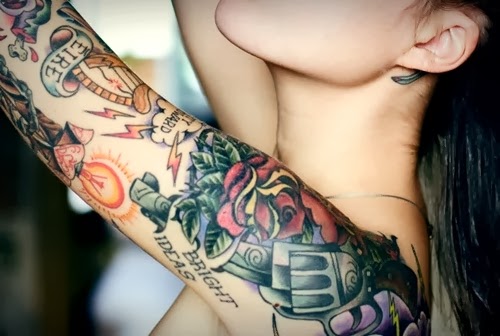 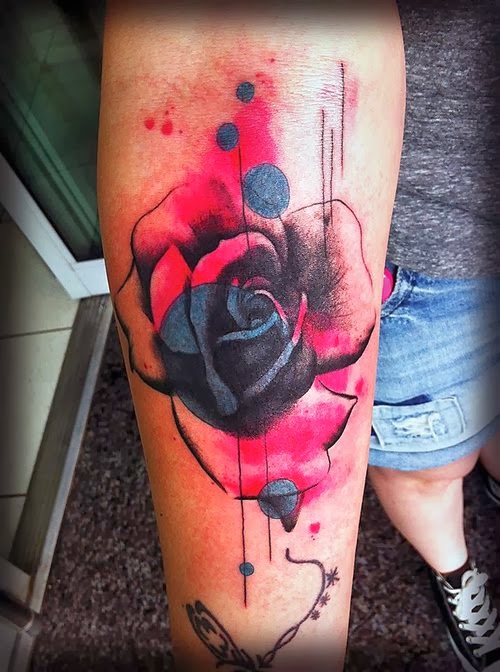 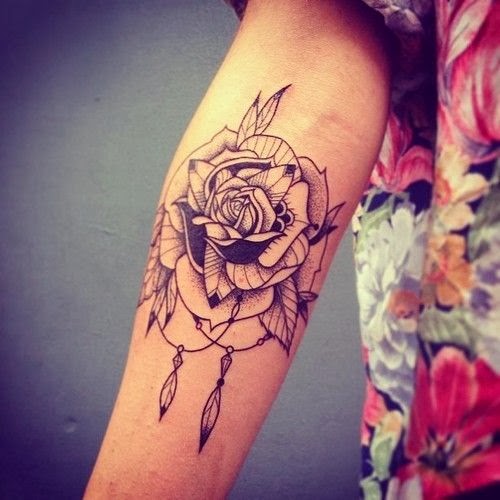 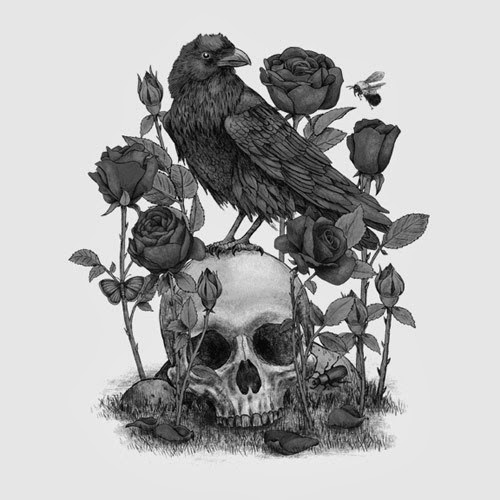 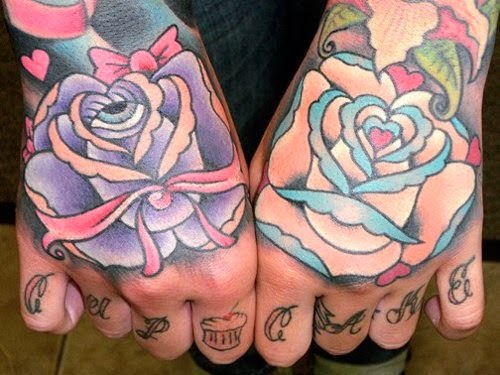 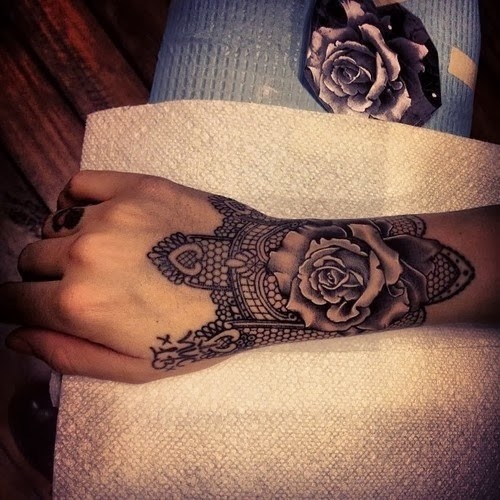 All photos from Tumblr.
Scribbled by Unknown klo 19:05 4 comments:

Today's thoughts on depression and manga

Saw my psychiatric nurse today again, and she's really the sweetest ever. I am happy I'm seeing such a lovely person and I don't have to be afraid of being judged or considered insane by the person who's talking with me and trying to help me. She's really sweet and even though I got dreadful scores on the BDI test (seriously depressing scores), she was really nice to me about it and we went to agree that a high score doesn't mean you're crazy, it's just natural after such a taxing life as mine (and seeing as my life is easy compared to some people's...) 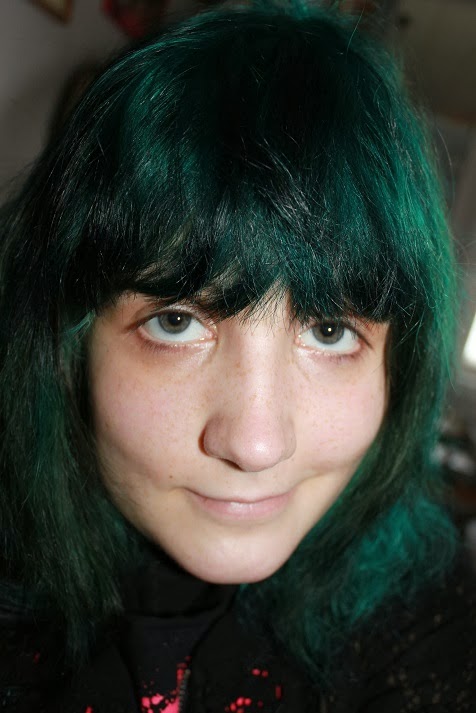 Went to see my gran too today, she can be taxing at times herself, but she's a nice old lady all in all. These days. She didn't use to be. But I won't get into that. 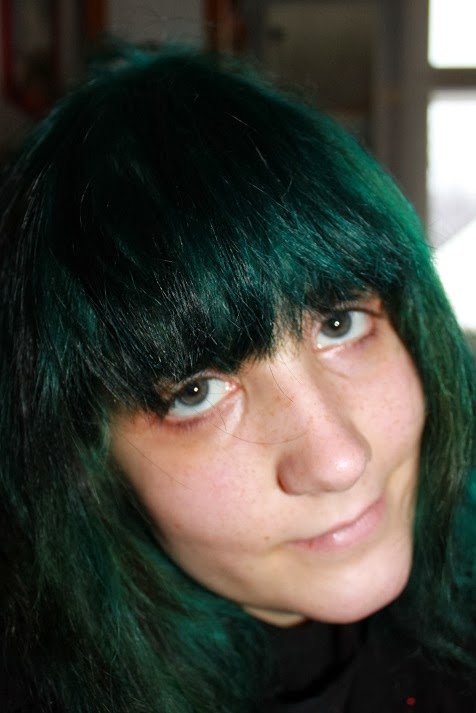 Went to the store too and bought some danish pastries which I'm not going to eat before Saturday since I'm on my 30 day no sugar challenge. Yay, go me. I'm really a weirdo buying cakes when I'm not even allowed to eat them. It's like buying food when you're trying to starve. Well no, not even in the least. It's idiotic to starve yourself, it's a good thing not to eat too much sugar. 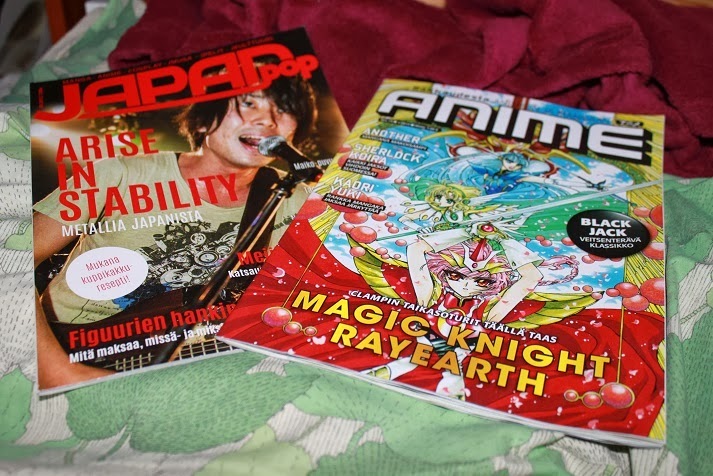 Also bought some Japan inspired magazines, one about anime and manga and the other one about both those and music. There are a few events in the next few months about manga and anime and cosplay, and I'm not really sure if I'll go or not, but I wanted to get myself updated on the latest news, 'cause I've been out of the loop for a loong loooong time. It's sad though since I used to be really into both, though much more into manga than anime, but I lost touch with it after beginning my studies and not having any money to buy books and not wanting to read anything online, it just sort of went away. I've lost touch with a lot of my favourite activities because of my studies, and it's sort of sad.

Scribbled by Unknown klo 17:24 No comments:

Photoshoot with Timo Otamo part One

Last Wednesday I had a TFCD photoshoot with Timo Otamo from http://www.flickr.com/photos/timo_o/collections/72157627683885557/  (otamo.com) and we got so many wonderful photos that I'm showing them to you in several parts, since otherwise this would be one huge photo post!
The first batch are with my 1920s inspired make up, red lingerie and my Chinese silk dragon gown. 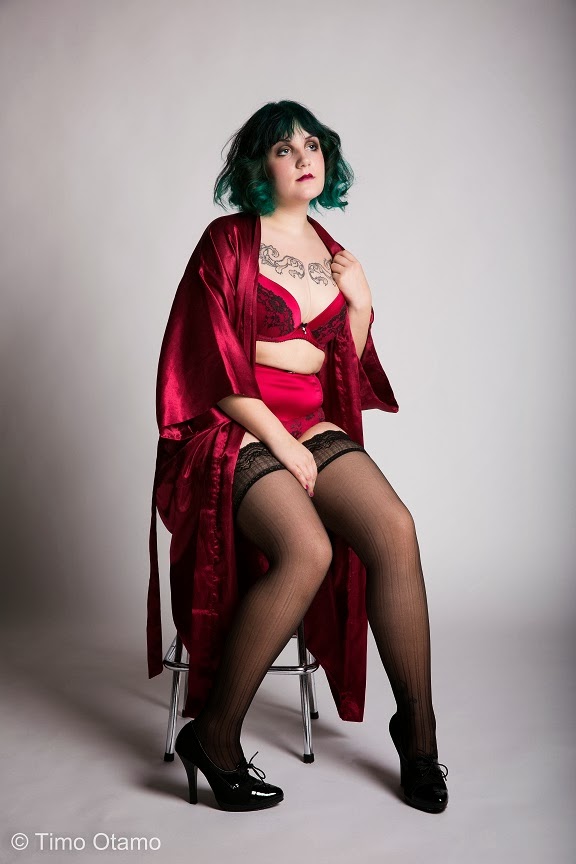 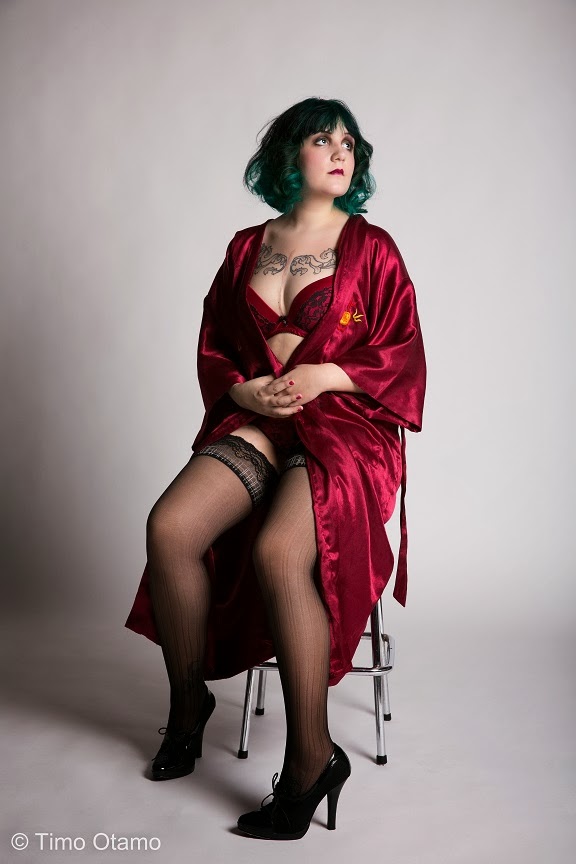 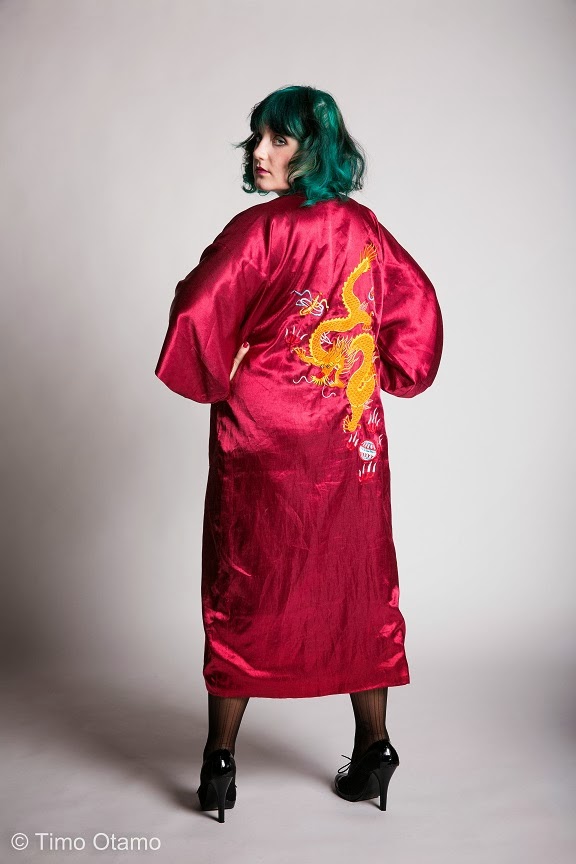 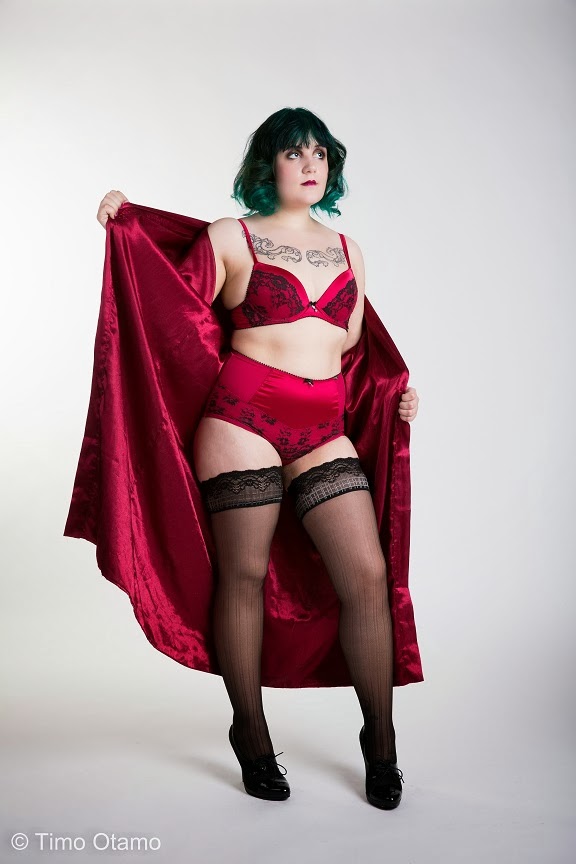 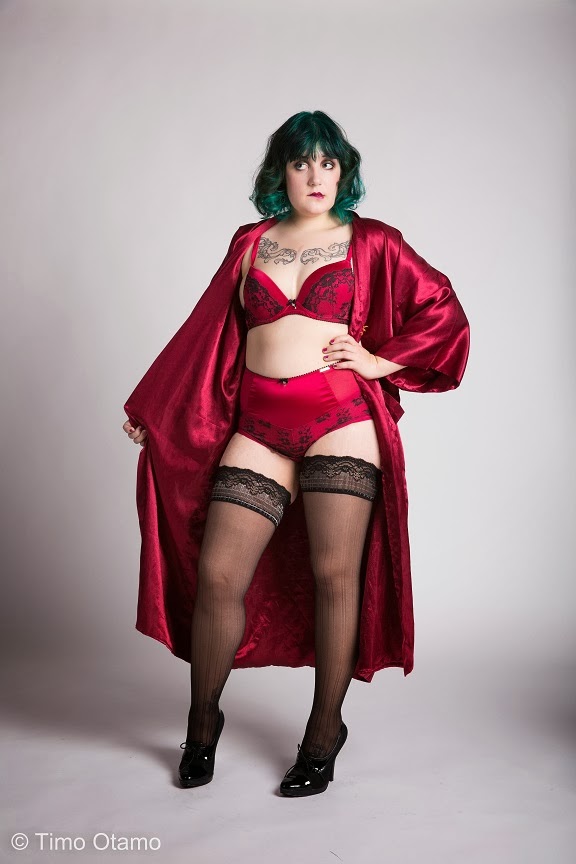 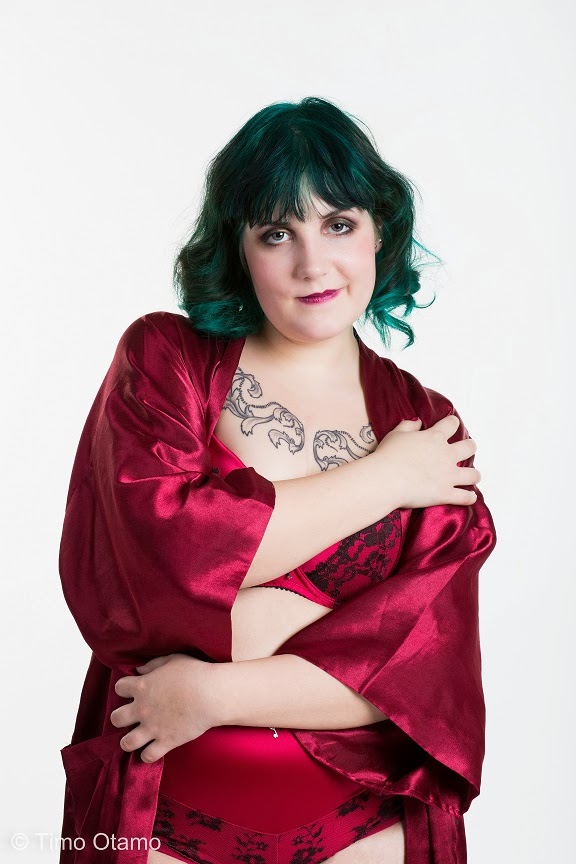 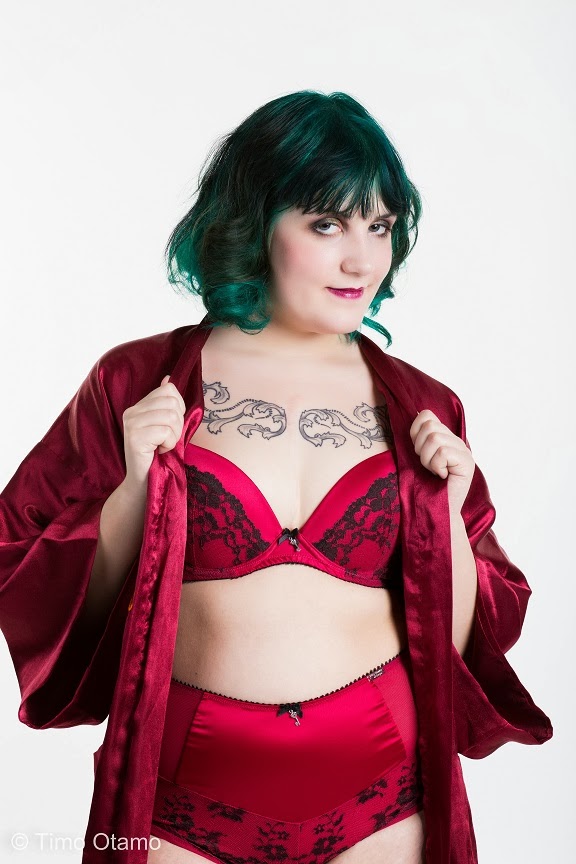 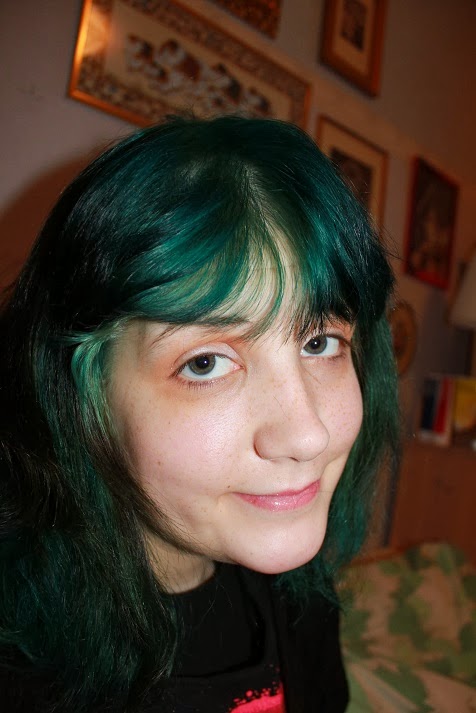 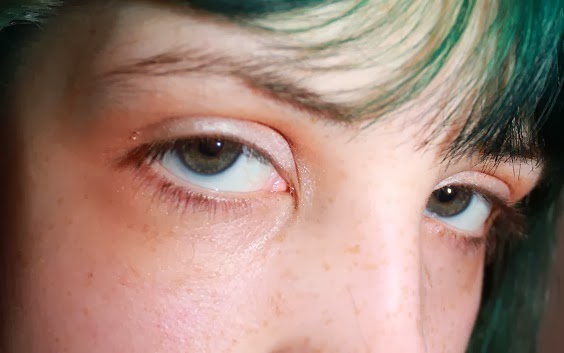 Email ThisBlogThis!Share to TwitterShare to FacebookShare to Pinterest
Tags: green hair, make up, make up of the day, motd, orange, white

So a basic outfit of the day post then, with my brocade trousers from New Yorker, Falling in Reverse t-shirt from Osiris Clothing and lace cardigan from KappAhl.
I look dreadful, just woke up and took these. Ridiculously tired and fat. 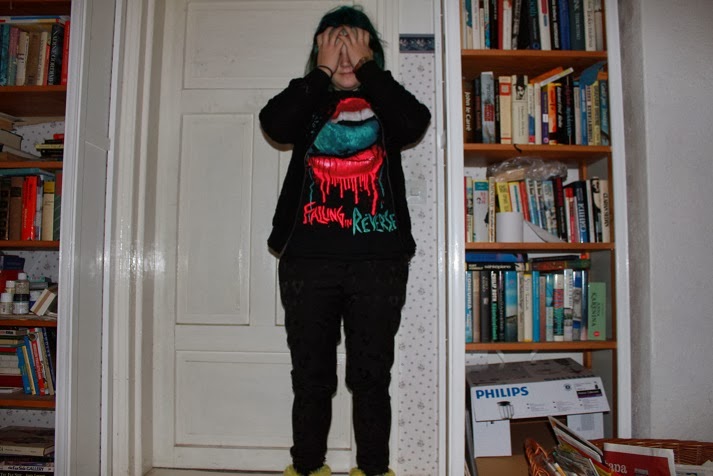 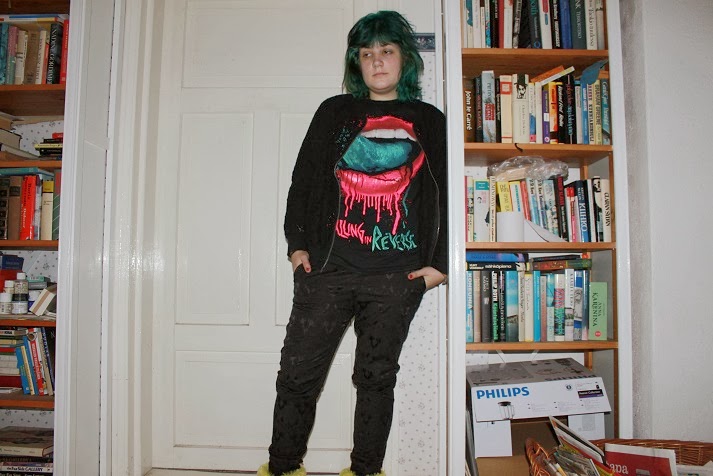 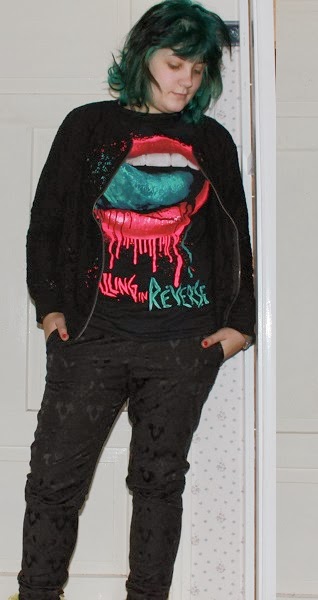 Scribbled by Unknown klo 09:36 No comments: